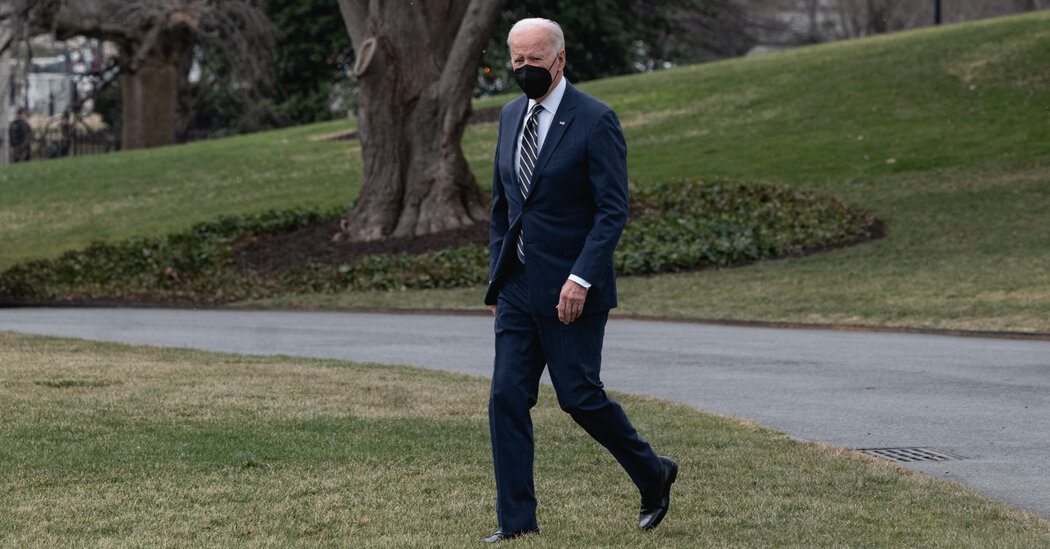 Biden meets with German leader on Russia sanctions and pipeline

WASHINGTON — After meeting with Germany’s leader, President Biden said Monday that Germany and the United States would take a “united” approach to rising tensions between Russia and Ukraine, despite concerns that Germany has not been a strong enough partner to confront Russia. .

“If Russia makes the choice to invade Ukraine further, we are jointly ready,” Biden said, alongside Chancellor Olaf Scholz at the White House, “and all of NATO is ready.”

Their meeting, the first since Mr Scholz took office in December, was aimed at publicly strengthening a key bond in the Western alliance as it faces one of its gravest challenges since the Cold War, Russian President Vladimir V. Putin mustering more than 100,000 troops near Ukraine’s borders.

Among the main concerns before the meeting, Mr. Biden’s advisers said, was Mr. Scholz’s reluctance to sign punitive economic sanctions in the event of an invasion, or to cancel a controversial gas pipeline project, Nord Stream 2.

On Monday, Mr. Biden, who has refrained from publicly criticizing Mr. Scholz, said the Germans support a “strong package” of sanctions but did not specify what they would be. In recent weeks, Mr. Biden has threatened tough economic sanctions against Russia’s financial sector and members of Mr. Putin’s inner circle. On Nord Stream 2, Mr Biden said the project would not go ahead if Russia invaded.

“If Russia invades, that means tanks and troops are crossing the Ukrainian border again, then there will be no more Nord Stream 2,” Biden said. “We will end it.”

When asked exactly how, Mr Biden replied: “I promise you we will be able to do it.”

Mr. Scholz, asked the same question, did not answer with as much force. He was vague about whether he would agree to halt the pipeline project, but on Monday he repeated what he has often said: “We are absolutely united.”

The first few months on the job were eventful for Mr. Scholz, who took over from Angela Merkel, a politician who had worked with four US presidents. Berlin’s reluctance to join in describing the consequences for Russia if it invades Ukraine has strained relations to the point that last week the German ambassador in Washington sent a warning home that many United States considers Germany an “unreliable partner”.

“There is no need to regain trust,” Mr Biden said. “He has the full confidence of the United States.”

The situation represents a diplomatic pivot for Mr. Biden, who touted his relationship with Ms. Merkel during a meeting at the White House in July: “Good friends can disagree” on issues such as how each led its relations with Russia, he said at the time. . More than six months later, Mr. Biden is determined to present a united NATO front in the Ukraine crisis; Administration officials say the Russian military has already mustered 70% of the forces it would need to stage a full-scale invasion.

In a call with reporters on Sunday, administration officials said Biden would seek to discuss a “swift and tough” package of sanctions against Russia if its President, Vladimir V. Putin, decides to withdraw. ‘invading Ukraine; the Kremlin insists that no such action is being considered.

“I don’t know if he knows what he’s going to do,” Mr Biden said. “I have been very blunt and direct with President Putin, on the phone and in person: We will impose the toughest economic sanctions ever imposed.”

Understanding the escalation of tensions over Ukraine

Ominous warnings. Russia called the strike a destabilizing act that violates the ceasefire agreement, raising fears of further intervention in Ukraine that could drag the United States and Europe into a new phase of the conflict.

The position of the Kremlin. Russian President Vladimir V. Putin, who has increasingly portrayed NATO’s eastward expansion as an existential threat to his country, said Moscow’s military buildup was a response to the deepening Ukraine’s partnership with the alliance.

Given the risk of war, Mr Biden advised American civilians in Ukraine to leave the country, adding that he would “hate to see them get caught in the crossfire”.

By comparison, Mr. Scholz’s relatively vague position that drew criticism from both Republicans and Democrats: “The Germans are missing right now,” said Sen. Richard Blumenthal, a Democrat from Connecticut, who traveled to Ukraine in January. noted recently. Senator Rob Portman, Republican of Ohio, publicly criticized Germany not to allow flights carrying military aid for Ukraine to fly over German airspace.

Nord Stream 2, an $11 billion natural gas pipeline being built between Germany and Russia, has been attacked by Mr Biden and his advisers as a coercive tool against Ukraine and other allies, even though the president agreed last year to waive sanctions related to the project.

The pipeline is waiting as European Commission officials investigate whether the project is in line with European energy policy.

Next week, Mr. Scholz will travel to Kyiv and Moscow, following a visit to the two cities by Emmanuel Macron, the President of France.

Germany has refused to sell arms or ammunition to Ukraine, citing a long-standing policy of not contributing to ongoing conflicts. Speaking at a press conference on Monday, Ukrainian Foreign Minister Dmytro Kuleba said he intended to raise the issue with German Foreign Minister Annalena Baerbock.