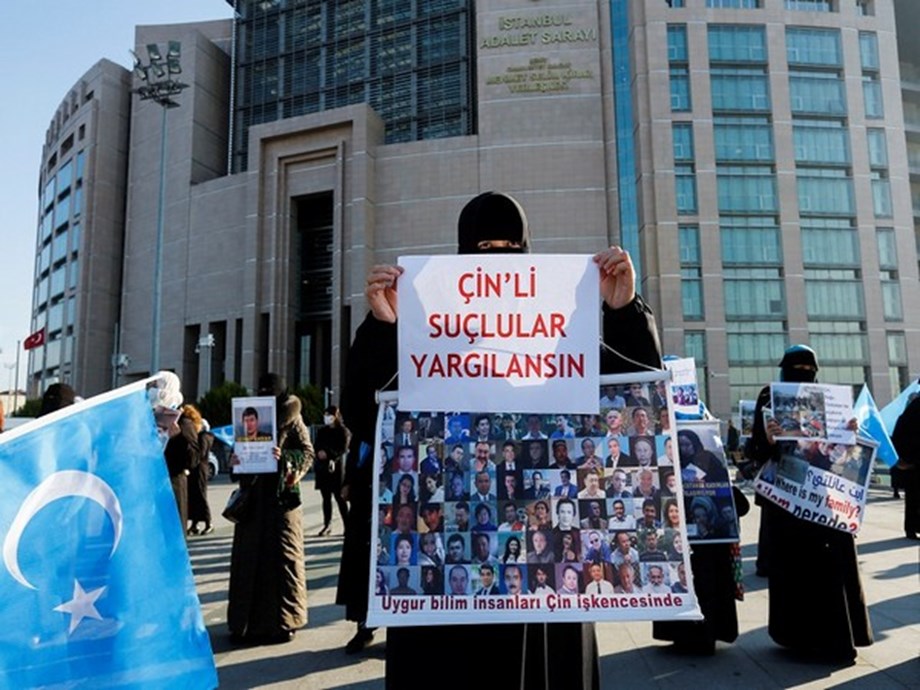 As international condemnation grows over China’s crackdown on the Uyghur minority, a growing number of pundits and activists in Turkey are criticizing Ankara for its deliberate silence on the Uyghur issue and saying the economic and political weight of Beijing is the reason, writes Dr MD. Hossain for Samakal. It is estimated that around 50,000 Uyghurs live in Turkey, the largest diaspora outside of Central Asia. Uyghurs share ethnic, linguistic and religious ties with the Turkish people. So, Turkey should naturally be the most outspoken country on the persecution of people living in the Uyghur region in China, according to Samakal.

However, Beijing’s economic and political clout has allowed Turkey to be swayed by its influence, largely ignoring the cause of the Uyghur community. Nonetheless, this has not dampened the spirits of Uighurs in Turkey who continue to speak out against human rights abuses by Chinese authorities in Xinjiang, where at least 1 million Uighurs have been illegally detained in prisons. -called “re-education centers”, according to the United Nations.

Earlier, on January 04, 2021, Uyghurs in Turkey demanded the closure of “concentration camps” in China and filed a criminal complaint accusing Chinese officials of genocide and other crimes in the Xinjiang Autonomous Region writes Dr. MD Hossain for Samakal. Meanwhile, Uyghurs living in Turkey have criticized Ankara’s approach to China after the two nations signed an extradition treaty in March 2021. Turkish Foreign Minister Mevlut Cavusoglu said at the time that the deal was similar to ones Turkey has reached with other states and denied that it would lead to Uyghurs being sent back to China. However, his request turned out to be

Moreover, Ankara has more than once distanced itself from Uyghur associations operating in Turkey. Beijing’s growing economic influence over Ankara means Turkish officials fear any strong stance on Xinjiang is likely to cost the Turkish economy even as China steps up its campaign against the Uyghur community. Today, Turkish-Uyghur camaraderie is largely outweighed by political, security and economic considerations between Turkey and China, writes Dr MD for Samakal. Earlier, Uighurs in Turkey filed a criminal complaint with a Turkish prosecutor against Chinese officials for committing genocide in Xinjiang province.

Uyghur families, including volunteer Turkish lawyers, gathered outside the Istanbul Court of Justice in the Caglayan district of Istanbul and held up banners saying “Where are our families?” and “China, free my brother”. Additionally, some Turkish opposition leaders have also accused the government of neglecting Uyghur rights in favor of other interests with China. (ANI)

(This story has not been edited by the Devdiscourse team and is auto-generated from a syndicated feed.)