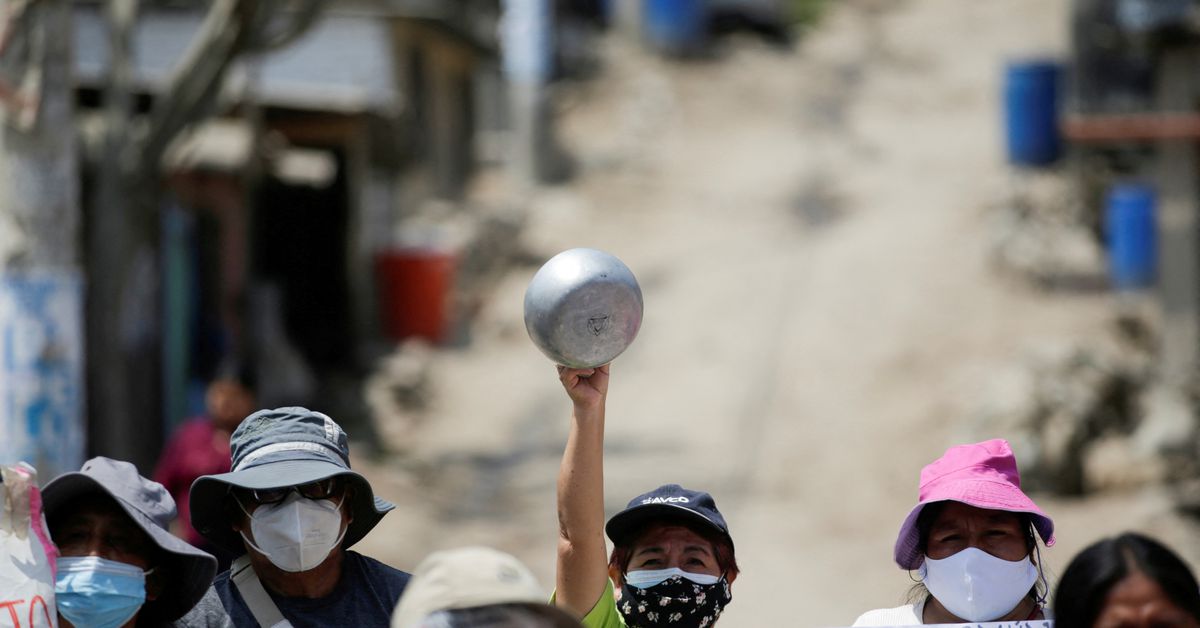 Analysis: Years of political crises in Peru are finally hitting its economy

LIMA, Aug 18 (Reuters) – Since 2011, Peruvians have lived under seven presidents and seen four ex-leaders detained or wanted for corruption. Yet over the same period, Peru has retained the unlikely title of Latin America’s fastest growing major economy.

This period of exceptional growth is expected to end this year, according to an analysis of World Bank data and International Monetary Fund forecasts, with Colombia overtaking Peru.

The slowing growth of the world’s second-largest copper producer underscores a painful truth: Peru’s economy is finally beginning to crack after years of increasingly disruptive political crises that culminated under President Pedro Castillo and a combative Congress, harming both private and public investment.

Global economic pressures like pandemic-induced inflation have hit Latin America hard, but the mood has turned particularly sour in Peru. Investor confidence is weaker than during the Great Recession and nearing a pandemic record low, even as corporate performance continues to improve, according to monthly polls from Peru’s central bank analyzed by Reuters.

“I think there is no other option for the government to affect (economic) expectations because companies are doing well,” said Pedro Francke, Castillo’s first finance minister who resigned earlier. This year.

Castillo took office last July, spooking investors during the election campaign with a plan to radically redistribute wealth and overhaul the constitution. But he ultimately handed the economy over to moderate finance czars and passed no meaningful economic reforms.

His administration and those close to him are now besieged by scandals. Castillo himself faces six criminal investigations, including one for alleged obstruction of justice in the dismissal of a minister. Congress impeached him twice but failed to oust him. Read more

As Peru is used to turmoil and in 2020 it has gone through three presidents in nine days, market analysts say its economy is finally facing what could prove an insurmountable test.

“Politics and economics can no longer be treated separately in Peru,” Fitch said in a report this week.

Certainly, Peru should remain among the best performing economies in Latin America, according to the International Monetary Fund. Meanwhile, Moody’s, Fitch and S&P all told Reuters they saw no imminent risks from a downgrade in Peru’s investment grade.

“Today Peru faces another stress test…but what we won’t be able to salvage is economic growth,” said David Tuesta, chairman of the Private Competitiveness Council, a think tank financed by commercial interests.

A POPULIST WHO CAN’T SPEND

But his administration actually oversaw a slowdown in government spending despite record tax revenues, while Congress suspended mining tax reform.

Peru’s budget deficit now sits at a very conservative 1% of GDP, a dramatic reduction from 8.9% just two years ago, all achieved with no austerity policies in place.

“The bad news is that deficit reduction is…due to this government’s inability to spend even on the things it wants to spend,” said Jaime Reusche, vice president of Moody’s.

Peru’s central government spending has contracted 5% so far this year compared to last year, when Castillo was not yet in power, amid record turnover in senior government posts .

Less than two weeks after taking office, Finance Minister Burneo said in an op-ed that Peru risked a recession if it did not increase spending and criticized the central bank for raising rates to fight the coronavirus crisis. ‘inflation.

While many analysts predicted that Castillo might not finish his term in 2026, opposition lawmakers said they lacked the votes to oust him.

But even if they did, Castillo’s withdrawal might not shake up the economy or alter its trajectory toward slower growth.

“It shouldn’t have a major impact on economic activity and real growth,” Reusche said.

Requests for funding for economic development in Riverton range from $1,200 to $1.6M