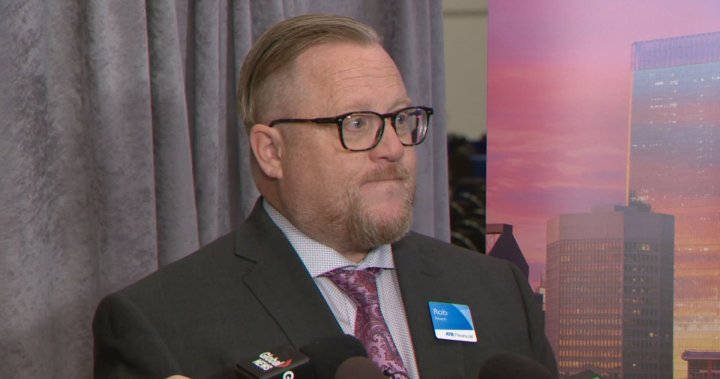 Alberta is set to navigate “rough economic waters” on the horizon, according to Calgary Economic Development’s 2023 Economic Report.

And according to Rob Roach, Deputy Chief Economist of ATB Financial, “there are a lot of great things happening in Calgary and Alberta economically.”

Commodity prices will support much of this province’s positive growth next year.

Roach expects Alberta and Saskatchewan to “outperform” other provinces in 2023 in light of an expected recession.

“We’re still going to experience these choppy waters here in Alberta, but because we’re doing a little better – commodity prices and other positive things – we’ll be able to ride out this storm a little better than other places, “said Roach.

Energy, materials and agriculture will be the “key drivers” of Alberta’s economic growth, he said.

2:52
Freeland says Canadian and global economies are heading for a slowdown


And according to research commissioned by CED, opinions of Calgary are improving in “key markets” in North America and Europe this month: 73% of workers have a “positive impression”, 68% perceive the a city as diverse and inclusive, 74 percent saw Calgary as a hub of technology and innovation, and nearly two-thirds believed Calgary offered opportunities beyond energy.

The Stone Olafson survey was based on interviews with 1,591 people in the Canadian cities of Montreal, Toronto, Vancouver and the Kitchener/Waterloo area, the UK capital, London, and 15 US technology markets.

CED President and CEO Brad Parry highlighted the progress made in diversifying the economy and investing in the technology sector.

“We’ve seen the most venture capital dollars come into our city (this year). If you look at Q2, we’ve actually overtaken Vancouver in the total volume of volumes coming into our city and we don’t see it slowing down,” Parry said.

“We have seen a diversification of our economy over the years and that has given us optimism for the future, even in these uncertain times,” Gondek said in a statement. “From clean tech to aviation, life sciences to film and television, there is exciting growth in a wide variety of sectors that are building confidence in our city’s economy.

2:04
Canadians are feeling the financial pinch of inflation

But the ATB economist acknowledged there were headwinds to resolve.

“The aging of the population, the technological transition, the energy transition, labor shortages and most importantly, I think, is the erosion of trust between people – we really need this trust to make our economy work for the long term – these are five that stand out tome.”

Alex Grassino, head of North American macro strategy at Manulife, predicts a recession will hit Canada in the first two quarters of 2023, driven by inflation and the central bank’s monetary policy response.

Alberta could be a global powerhouse for plant-based foods, but more support is needed: industry insiders

Grassino said the latest headline inflation figures – 6.9% – are “stubbornly strong”, but said there was “light at the end of the tunnel” ahead when the Bank of Canada should stop. raise rates around mid-2023.

“A big part of it, really, is that when we get to the end of the hiking cycle, people can start planning. It’s much harder to know what you want to do if you don’t know how much you’re going to have to pay to do it. And that goes for both inflation and the interest you have to pay on bigger projects,” Grassino said.

“Telling our own story”: Gondek talks about the perception of the city and attracting investment to Calgary

“But one thing I want to stress is that it’s still very different from what we experienced in 2015 and -16. And so even though we’re going backwards, we expect the market to still be better than what we have been through throughout this period,” said Ann-Marie Lurie.

She said there was a move towards more affordable and available housing categories, such as apartments or townhouses.

“Even though we have some pullback now, we’re still relatively tight, especially in these lower price ranges,” she said. “We’re starting to see some changes moving towards much more balanced conditions now than we have for some time, which is a better situation.”

“For us, it’s something we’ve been seeing for a while and we’re just happy to see it start to happen.”

We see Britain as a world-class economy. We better think about Taiwan | Larry Elliot