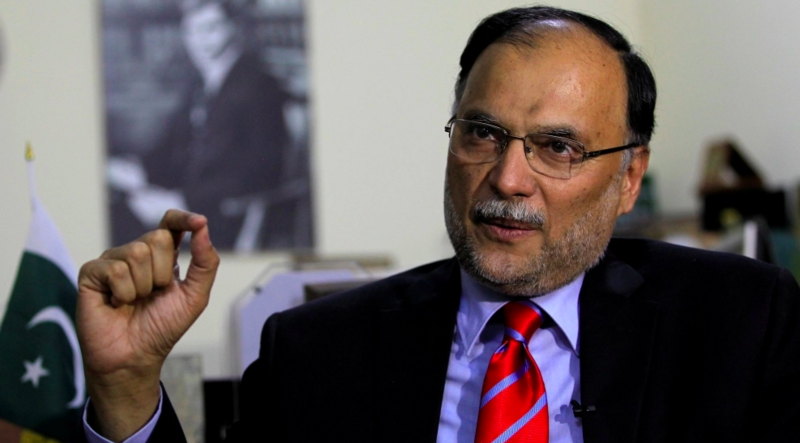 Addressing a ceremony in Lahore, the Federal Minister said, “We need to turn the whole economy of the country upside down, assess the opportunities available in international markets and use our productive capacity to produce exports.

“Exports are the only option available to Pakistan to move forward.”

Iqbal pointed out that Pakistan’s tax to GDP ratio is among the lowest in the world at 9.5%. “All developed countries have a tax-to-GDP ratio of around 18-20%. We need to double our tax collection to generate the funds needed to improve infrastructure,” he said.

“Until we raise our tax revenue to Rs 20 trillion, Pakistan does not have the space to ensure rapid economic growth. Thus, economic reforms are necessary, we must broaden our tax base and fight tax evasion.”

Pakistan missed its deficit target for the last fiscal year as the financial year (2021-22) ended with a deficit of 7.9% or 5.259 trillion rupees against the target of 6 .3% fixed in the budget.

The Federal Minister was of the opinion that the reason for Pakistan’s lag in improving its exports was due to the country’s inability to focus on global competitiveness.

“There is a lack of steady entrepreneurial growth in Pakistan due to education and social factors,” he said.

“Thus, every graduate, regardless of their field of study, should take a non-credit course in entrepreneurship and export marketing,” the minister said, adding that he had led the higher education council in this regard.

“The third thing for economic growth is investment,” Iqbal said, adding that Pakistan only attracts $1.5 billion in foreign investment per year, which is much lower than Vietnam and the United States. Myanmar.

“Foreign investment is crucial because it leads to a link with the global supply chain and the emergence of new ideas.”

Miftah announces the removal of import restrictions, but with a caveat

The Federal Minister pointed out that the growing circular debt is a challenge, which has already exceeded 1.5 trillion rupees and continues to rise.

On improving trade relations with China, Iqbal said the neighboring economic powerhouse imports goods worth $2.25 trillion from the world, while Pakistan only has a tiny share of $3 billion. of dollars. “We need to assess how we could increase our trade with our neighbour.”