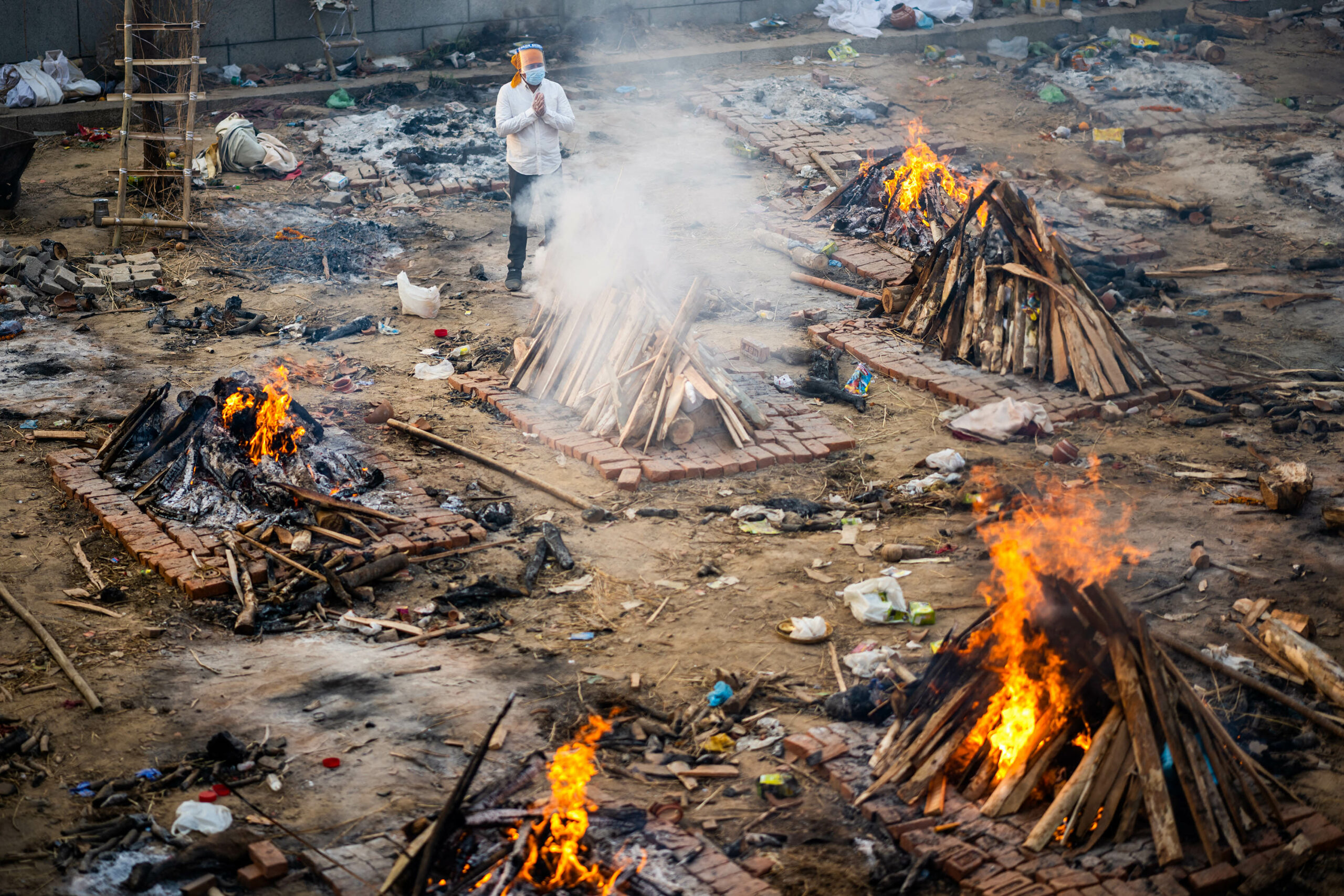 A year ago, at the beginning of December, many people were preparing their trip. Some had to meet relatives they hadn’t seen in a year, and some were taking well-deserved vacations abroad. An air of optimism suggested that we were finally emerging from the frightening shadow of the pandemic. We did not know at the time how much of our lives would be consumed and disrupted by the Delta variant, which Western countries dubbed an “Indian variant”.

The heartbreaking images of India’s death and public cremations seemed surreal and seemed too far removed from us. Yet as soon as Delta reached our shores, it shook our public health system and our economy. A third wave had arrived before the end of December and the tide of Delta infections kept mounting. It was no longer an “Indian variant”, but a common enemy that humanity would face.

We had come back to our starting point. The economic recovery was elusive. Widespread anxiety over hospitalization rates was compounded by intensifying socio-economic hardships facing society’s most vulnerable, with many people losing their jobs and small businesses going out of business. The reprieve came in the form of the Temporary Employee / Employer Assistance Program and the Covid-19 Distress Social Relief Grant, but it was not enough to alleviate the economic blows suffered by those on the fringes of the economy.

The year 2021 to which we will soon be saying our farewells turned out to be harder than the previous year, 2020, when the Covid-19 coexisted with us for the first time. Many countries have seen their economies brutally halted by the spread of the Covid-19 virus, especially after the emergence of the highly transmissible variant Delta. As a result of this variant, supply chains were disrupted, causing a severe shortage of supply from manufacturers and retailers and raising the specter of inflation.

Rich countries have been able to mitigate the severity of the pandemic through a combination of rapid-pace vaccine rollouts and vigorous implementation of economic stimulus under the Build Back Better theme. Meanwhile, many developing countries lacked the fiscal resources to achieve economic recovery and purchase vaccines on a scale similar to that of rich countries.

The slow pace of immunization has been the Achilles heel of many low-income and developing countries. While rich countries had vaccinated 60% of their population by the third quarter of 2021, low-income countries still had 95% of their population unvaccinated, according to the October edition of the IMF’s World Economic Outlook. And the longer the pandemic lasts, mainly due to the large number of unvaccinated people, the less fiscal space there will be for developing countries to support economic dynamism and protect the most vulnerable in society.

South Africa’s problem lies less in supply constraints and more in vaccine reluctance fueled by pseudo-science and conspiracy theories peddled by gurus online without credentials. In the absence of fiscal levers to undertake large-scale stimulus initiatives, especially with the prolonged conditions of the pandemic and the emergence of a new variant, Omicron, the South African government will need to focus on taking quick action in the following direction.

First, the government must speed up its vaccination campaign and significantly increase coverage. Such an effort will need to be accompanied by heightened awareness and compelling messages that thwart the pseudo-science and conspiracy theorists who are spreading fear of vaccines. At the time of writing, only more than a quarter of South Africa’s population has been vaccinated, a less reassuring figure that increases the risk of mutations, which could undermine efforts to revive the economy.

Given the danger unvaccinated people pose to society, the economy, and the public health system, it makes moral sense that some of their privileges should be taken away from them. The country will not win this battle without implementing a vaccination mandate, which will make it easier for employers and other business establishments to enforce it.

Second, the government must redouble its efforts to implement economic stimulus measures beyond the rhetoric. While it will take some time to bring the economy back to pre-Covid times and get to full steam, confidence-building measures can build momentum. Some of the tools needed to build trust are in the hands of government. This includes complying with regulations that hamper economic activity. In addition, the government must speed up regulatory approvals for agricultural water licenses, overcome bottlenecks on railways and capacity deficiencies at ports, which stifle mining exports. and agriculture and remove legislative barriers in the agricultural sector that hinder the adoption of critical technologies that are essential for improving productivity.

For many years the government has discussed cutting red tape for small and medium businesses. He also pledged to enable them to have better access to capital, enforce the 30-day payment for public contracts and simplify city regulations that stifle micro-businesses. While many small businesses have suffered significant financial losses in the era of the pandemic, the government needs to inject more support into this sector.

Third, the rule of law is an essential pillar for building trust. Since 2007, when the ANC elective conference decided to dissolve the Scorpions, crippling an institution that was essential in the fight against organized crime and the defense of constitutional democracy, the rule of law has weakened. During this period, factional tensions and leadership failures within the National Prosecuting Authority allowed corruption to firmly take hold of critical state institutions, including state-owned enterprises.

Those determined to profit from corruption destroyed values â€‹â€‹such as integrity and a commitment to clean governance in various law enforcement agencies. Since the arrival of President Cyril Ramaphosa, the government has embarked on a languid journey to heal these battered institutions, restore confidence in them and restore the rule of law in the country.

The recent departure of the National Prosecuting Authority’s chief investigative officer, Hermione Cronje, does not bode well for confidence in crucial law enforcement agencies. The slow pace of legal proceedings against apparently very important people who have been implicated in various acts of corruption and the persistent financial mismanagement of state-owned enterprises are testament to the extent of the collapse of the rule of law. This inertia of the police is also a sign of paralysis at the top of the political leadership in the country, especially since the rule of law is a nerve center of the political and economic system of any country, and its erosion could paralyze the entire institutional edifice.

As we look to 2022, our greatest hope must be that we are on the verge of entering a year of action. If in 2022 we have more, it will be too late to stop governance failures and economic decline. Failure to take bold action could lead to more riots in July 2021, taking on a more virulent and lawless form.

The year 2022 will be another critical period for Ramaphosa, following his party’s massive losses in the 2021 local elections. Ramaphosa will face another severe test at the ANC elective conference later this year , and with less than two years before the general election.

None of the country’s challenges are insurmountable. But the window is rapidly narrowing for political leaders, and drastic measures are urgently needed to turn the political and economic tide for the better.